The COVID-19 epidemic has taken all the headlines in the last few months because of its rapid spread. The news-cycle has overshadowed the ongoing opioid epidemic that has plagued our country for almost 20 years. According to the Centers for Disease Control and Prevention, from 1999-2017, more than 702,000 people died from a drug overdose. In the 12 months ending in February 2019, 32,656 deaths were attributed to synthetic opioids. 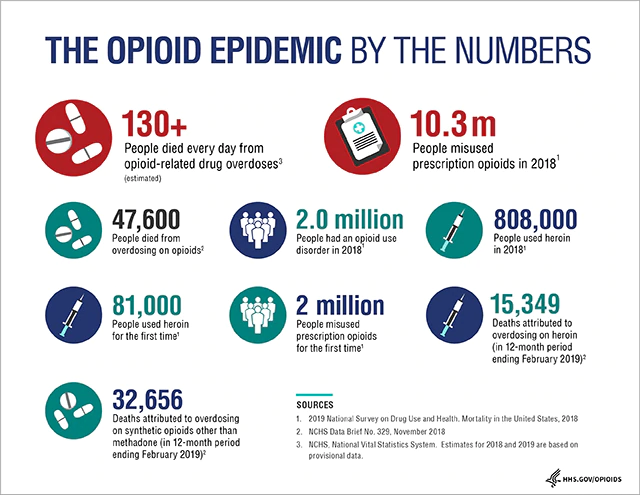 While lawmakers try to figure out better ways to regulate opioids, there has been some research showing that cannabis may play a role in reducing opioid use. One study showed that when residents had access to legal medical marijuana, prescriptions for opioids fell by 3.74 million doses per year. A separate study looking at Medicaid prescription data from 2011-2016 demonstrated that in states where adult-use cannabis was legal, there was a 6.38 percent reduction in opiate prescriptions.

However, these particular pieces of research did not shed any light as to why those who had legal access to cannabis also took fewer opiates. Enter Yasmin Hurd, Ph.D, the Ward-Coleman Chair of Translational Neuroscience at the Icahn School of Medicine at New York City’s Mount Sinai, and director of Mount Sinai’s Addiction Institute.

In spring 2019, Hurd reported the results of her study focusing on the non-intoxicating cannabis compound cannabidiol (CBD) and the role CBD plays to potentially reduce craving and anxiety in people with heroin use disorder. Why this matters for opioid addiction is because heroin and opioids are molecular cousins and act very similarly in the brain. Both are highly effective, but also incredibly addicting.

Though there are mounds of anecdotal research about CBD’s ameliorative properties and some less formal animal research, few studies have evaluated human cohorts. To learn how CBD may play a role in reducing craving and anxiety, Hurd enlisted 42 drug-abstinent men and women who were randomly assigned to either a CBD solution or placebo.

To learn whether CBD could reduce craving and anxiety, Hurd’s team introduced drug cues, administered 400 or 800 mg of CBD once a day for three days, then assessed its acute, short-term, and protracted effect. In addition to administering daily doses of CBD, researchers evaluated secondary markers like cognition and physiological elements like heart rate and cortisol levels.

What researchers learned is that in contrast to placebo, CBD significantly reduced both craving and anxiety, calmed physiological measures with no cognitive or serious adverse effects, and that those effects were long-lasting. To follow-up, Hurd’s team is planning two more studies on CBD, one studying how CBD affects the brain, while the other will delve into how CBD medicinal formulations could become a tool to address the ongoing opioid crisis.

Ultimately, Hurd concluded that CBD has strong potential to reduce cue-induced craving and anxiety, and that more study is warranted. “Our findings indicate that CBD holds significant promise for treating individuals with heroin use disorder,” she said in a press release. “A successful non-opioid medication would add significantly to the existing addiction medication toolbox to help reduce the growing death toll, enormous health care costs, and treatment limitations imposed by stringent government regulations amid this persistent opioid epidemic.”